The delegation will study Japan’s climate policies – in particular, the roles of hydrogen fuels and nuclear power in achieving carbon neutrality. The group will examine Japan’s “bullet train” high speed rail system and learn about Tokyo’s affordable housing policies and how they relate to Japan’s climate agenda.

The study tour will build on the Memorandum of Cooperation signed earlier this year between California Governor Gavin Newsom and the government of Japan, which focuses on climate change, renewable energy, and high speed rail as critical areas for collaboration and innovation. The tour is sponsored by the independent nonprofit California Foundation on the Environment and the Economy (CFEE). No taxpayer funds are being used.

“California and Japan are both technology and innovation leaders with a shared commitment to fight the global climate crisis,” Muratsuchi said, “As the world’s fifth largest economy, California has much to learn from Japan, from its world-renowned high speed rail system to its innovative work in clean energy technology. We look forward to exchanging ideas on how we can strengthen our ties and work together to fight climate change, while growing our economies.”

CFEE President & CEO Jay Hansen said, “With the renewed commitment between Japan and California to work with each other, the delegation’s visit will facilitate the exchange of best practices and strengthen relationships with our Pacific Rim partners. In particular, Japan is leading the way on hydrogen fuel and nuclear power as promising climate-smart technologies. It’s critical that California keeps an open mind as we look for the best ways to reduce carbon emissions while keeping the lights on, managing costs, and building on our state’s history of environmental protection.”

The delegation will tour hydrogen production facilities, fuel cell vehicle manufacturing plants, port infrastructure, and hydrogen refueling stations, all of which have become key elements of Japan’s strategy to decarbonize homes, businesses, cars and other vessels. The delegation will also meet with nuclear plant operators to explore the potential of nuclear energy as a climate solution and baseload energy supplier.

“Japan’s bullet train has marveled us all since it was first unveiled in the 1960s,” Hansen said. “With California still striving to connect the state’s northern, central, and southern regions by high speed rail, our study tour will allow state leaders to learn from the very best in the world as we consider what must be done for California to secure its own transportation future.”

While in Tokyo, the delegation will also explore how Japan has provided a steady supply of affordable housing for its residents. Tokyo, the world’s largest metropolitan area, is outpacing San Francisco and Los Angeles in the construction of new housing units and has maintained an average housing cost that is 70 percent lower than California’s.

“Tokyo and Japan seem to have the right recipe for supporting smart growth that manages to curb housing costs while balancing community concerns.” Hansen said. “California remains in desperate need of housing relief, and we look forward to understanding how Japan has blended public investments, zoning laws, and streamlined permitting to sustain a functioning affordable housing marketplace.”

The study tour, which will run November 13-21, will consist of facility tours as well as meetings with Japan’s elected and appointed officials and senior environmental, labor, business, and community representatives.

An independent, nonpartisan, 501(c)3, the California Foundation on the Environment and the Economy (CFEE) has convened state leaders for more than four decades to examine critical issues related to California’s environment, with a view toward building consensus around long- term solutions. CFEE’s bipartisan forums and policy travel projects put a diverse cross-section of California leaders into direct contact with their counterparts around the world. This sharing of views and experiences leads to a broader understanding of complex issues and encourages the exchange of policy and technology ideas while also promoting what makes California special. 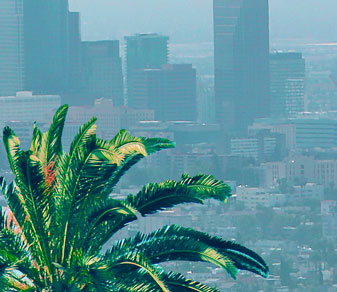